I’m a 20 year old female that lives for all things motorsport. I’m currently in my final year studying a Motorsport Management and logistics degree. 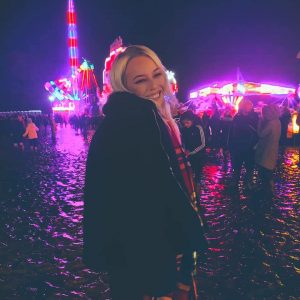 While doing my degree I’m also continuing my focus on my rallying campaign. I started navigating when I was 16 in stage rallies before swapping into the drivers seat in 2016. In September 2018, I moved back into the navigators seat so I could focus on gaining experience competing in the desert with my aim being to compete in the Dakar Rally. When I’m not out competing I’m attending events as a qualified scrutineer, I’ve been attending Wales Rally GB for the past three years as a international scrutineer along with other international UAE rallies.

I’ve grown up within a motorsport family, from as little as a few months old I was brought into the garage and I haven’t left since. While growing up I spent a lot of time on the road traveling from one country to another. My parents have spent the last 15 competing within the Dakar Rally, meaning I would spend most summers at international events or in Morocco training which is where my love for the desert came from.

From the age of 6 I began riding motorbikes with my sister and cousin,  I set my eyes on winning the Dakar on a bike. While the dream never left, I took a detour a few years later and began show-jumping in juniors and seniors at national level. Successful within my own domain, I won three Gold medals for England North and over 20 Championships before the age of 16, I progressed to becoming a rider at a International showjumping yard in early 2016 with a string of horses from youngsters to grand prix winners. I later realised I was missing a huge chunk of my life so began following my heart which lead me back to motorsport.

Like everyone else that crazy enough to do it, The Dakar Rally is the aim but the real goal? The real goal is to win it!