Abu Dhabi Desert Challenge Round up 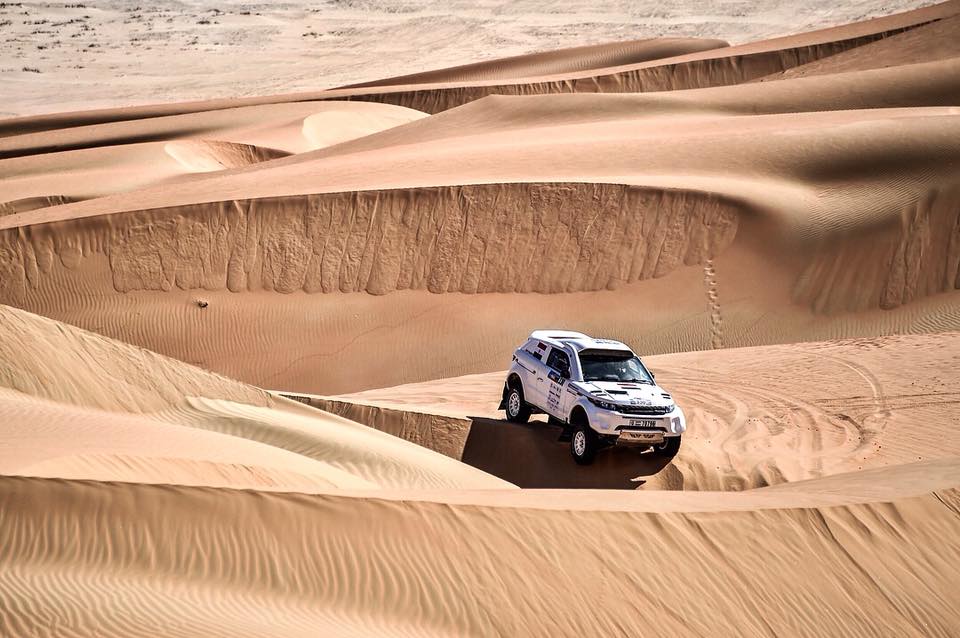 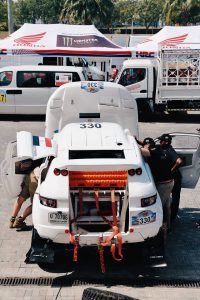 The driver and Co driver going through some last minute instructions from BeaDy.

Well it’s almost time to go back to reality after 2 months away, From what I’ve experienced I’m going to be on a high for a long time. Abu Dhabi Desert Challenge 2018 it’s been a pleasure to be apart of the crazy journey, from the long nights fixing the car to the successful days it’s all been worth it.

It’s hard to look back and remember what went on at the start of the two weeks, as it all feels so long ago. The start of the event ran evidently smoothly, the DW3 was the first car to pass scruitineering. So with my WRC experience I decided to lend a hand to the team spending the next 2 days assisting the FIA cross country scrutineers with the technical checks and clothing. I can’t explain the things I have learned while working next to some world-class people.

From that Ahmed El Shamy and Alain Besancon attended the ceremonial start with a Super Special Stage (SSS) around Yas Marina F1 circuit, sadly this is where the hurdles began. The car went into limp mode during the SSS meaning the team spent until early hours of the morning trying to resolve the issue which was inconclusive. With the fear of retiring before the event had even begun. The spirit and enthusiasm within the team kept everyone trundling along through Day 1 to Day 3 with only minor setbacks.

The final challenge came when the car broke it’s transfer box 17km from the Service on day 4, leaving the guys stranded in the desert. A 5 hour recovery from the incredible sweeper team gave the last bit of hope that they would see the event to the end. With this issue came many more, for the people present during this time, the emotions simply can not be described but only truly felt. The spare transfer box was the wrong make and model for the car with the current one already modified making the fix near enough impossible. With my encouragement in the worst of times, the crew spent until 4am doing an effective repair to allow the shaft to fit, hoping it would last long enough for them to cross the start line in the morning, meaning they would be classed as a finisher instead of being eliminated.

So the Desert Warrior 3 completes another FIA World Cross Country round finishing 6th in class T1.2 and 20th Overall. 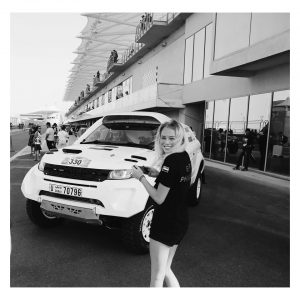 Chloe enjoying every moment waiting with the Desert Warrior 3 for the Super Special Stage.

From me personally I want to say a massive thank you to Ahmed El Shamy for allowing me to be a part of the Pharaohs Rally Team for not only this event but also the Dubai International Baja. I’ve grown so much as a person, learned things that you wouldn’t even believe existed, been given opportunities that before I would of only dreamed of.

Thank You to the new people I’ve met, the people I’ve caught up with from past events and family and friends that have made this event life changing, See you all next year.

1 thought on “Abu Dhabi Desert Challenge Round up”